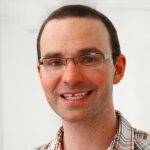 We recently came across the traces of a man who played a key role in the religious life of Saint Brother André: Father Joseph-André Provençal (1817-1889).

Father Provençal can be described as the “Curé Labelle” of the Montérégie region. Born in Château-Richer, he studied at the seminaries of Saint-Hyacinthe and Montréal. After being ordained as a priest in 1843, he became a professor at the Classical College of Chambly. He became the pastor of Saint-Césaire in 1850, where he remained for the rest of his life.1

As a builder, he oversaw the construction of the village’s first church, even as serious disputes threatened to halt the entire project. Later, he set about establishing educational institutions. A boarding school for girls was established in 1857 and had 150 students. The Sisters of the Presentation of the Blessed Virgin Mary, or Presentation Sisters, were in charge of the institution (the Couvent Présentation de Marie or Presentation Convent). They had a particular devotion to Saint Joseph and dedicated their convent and chapel to him.2

The boys’ turn was next, with the construction and opening in 1869 of a college under the leadership of the Brothers of Saint Joseph of the Congregation of Holy Cross.3 As Saint Joseph was the patron saint of the Presentation Convent, Saint André was for the boys’ school.

Young orphan Alfred Bessette spent a few years as a child in Saint-Césaire (from 1857 to 1863) before going to the United States to try his luck there. We have no reason to believe that he and Father Provençal had any relationship at this time.4 We can, however, imagine that Father Provençal’s new church with its silver bell tower and beautiful decorations may have enthralled the young Alfred.

However, we do know for certain that their paths crossed upon Alfred’s return in 1867. While he worked as a farm hand for Louis Ouimet, it was clear that young Alfred had a very disciplined prayer practice. Mr. Ouimet reached out to Father Provençal to introduce the two men. Over the course of their conversations, the priest discovered that Alfred did not have enough education or money to pursue his dream of consecrated life.

“I’ll see where I can place him,” Father Provençal declared.5

The rest is history. Father Provençal introduced Alfred to the Brothers of Saint Joseph at Collège Saint-André. Sometime after, he guided him to the Collège de Saint-Laurent, the provincial house of the Congregation of Holy Cross in Montréal. Then, in 1870, Alfred entered the novitiate of the Congregation at the Collège Notre-Dame de la Côte-des-Neiges. From then on, Brother André lived beside the mountain.

Perhaps you’re wondering about the traces of Father Provençal mentioned at the beginning of the article? They refer to his signature found on the title page of The Year of Mary or The true servant of the Blessed Virgin published in 1839. At the Feast of Saint Joseph, the message is about “devotion to making vows and pilgrimages”. 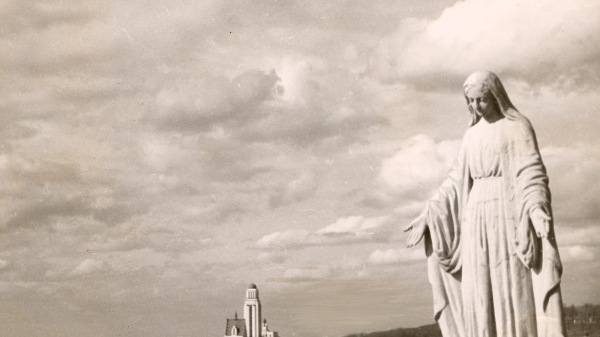 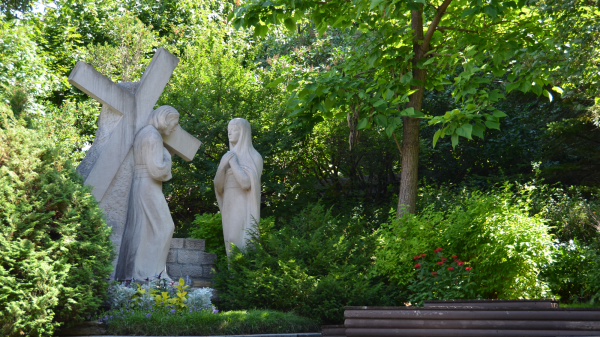 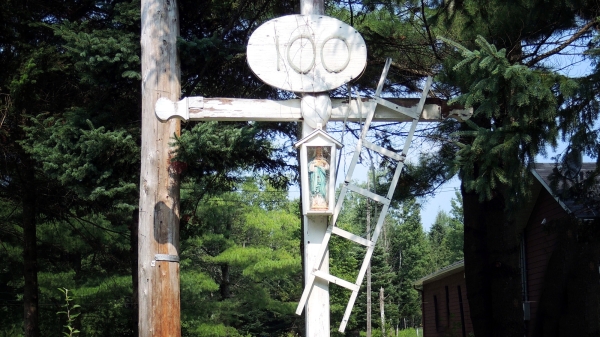