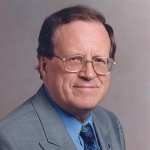 The Year of Saint Joseph

Saint Joseph is the Patron Saint of families, given his role in the family of Jesus of Nazareth. He is also the Patron of the great spiritual family united in Jesus that is the Church, according to the declaration of Pius IX of December 8, 1870. For the 150th anniversary of this declaration, Pope Francis has designated the current year, which runs from December 8, 2020 to December 8, 2021, as the Year of Saint Joseph.

On the occasion of this anniversary and to increase love for this great Saint, Pope Francis also wrote the Apostolic Letter Patris corde, “With a Father’s Heart”, which highlights the extraordinary figure of Saint Joseph so close to the human condition of everyone. Joseph made his life a service to the family. He was a tender and attentive father for Jesus, at the service of his person and his mission. He was creatively courageous from the time he set up the stable in Bethlehem, to the time he organized the flight to Egypt, to the time he faced the concrete problems of the family in Nazareth, to the time he protected the child and his mother. Then he introduced the child Jesus to the experience of life. He was the hard-working father to guarantee the livelihood of his family, in which he put Mary and Jesus at the center of his life. Saint Joseph was a carpenter who worked honestly to provide for his family. From him Jesus learned the value, dignity and joy of what it means to eat the bread, the fruit of his labor. Thus the work of Saint Joseph reminds us that God himself made man did not disdain to work. These are the main lines of the apostolic letter.

It would be good to add that in all this Joseph is the man who had God’s trust. Yes, God trusted the young Joseph by giving him the choice of Mary. Now Jesus is the Envoy who “came forth from God” (John 1 to 10), he comes from God: his coming surpasses the natural laws. For Joseph, who knew nothing of this, Mary’s mysterious and premature pregnancy created a real spiritual crisis. He almost sent Mary away. He thought about it, says the text of Matthew 1, 18-24. He doubted, the doubt of one who seeks to understand. He had to interpret. And it was in interpreting that he received the enlightenment in a dream. He did not understand everything, but he trusted. He was the right man of faith-trust.

Then it should be further emphasized that Joseph introduced Jesus to the work of a carpenter and to dealing with customers who requested services. It has been said that Joseph’s business was well known in the Nazareth area. So Joseph was Jesus’ manual labor partner as a young adult. Indeed, long before the exercise of his spiritual ministry, Jesus worked with his hands, in direct contact with matter, for most of his life on earth (Pope Francis spoke of this in Laudato si 98 and Amoris laetitia 65).

Finally, Pope Francis has just announced that on March 19, 2021, the Solemnity of Saint Joseph, he will inaugurate the Year of the Family Amoris Laetitia, which will end on June 26, 2022, during the World Meeting of Families in Rome with him. The aim will be a deepening of the text of the apostolic exhortation “The Joy of Love”, published on March 19, 2016, and its implementation. It will be a year of reflection on love in the family to help Christian families become the leaven of a new humanity. Instruments of family spirituality and pastoral action will be disseminated.

As religious of Holy Cross, these themes should interest and mobilize us. The figure of Saint Joseph has been associated with Holy Cross since the beginning. In 1835, Father Moreau accepted the leadership of the Brothers of Saint Joseph and joined them to his auxiliary priests. Since 1840, the Congregation of Holy Cross has been the association of the Fathers, Brothers and Sisters of Holy Cross united under the patronage of the Holy Family of Nazareth. Then, at the beginning of the 20th century, Brother André took Saint Joseph as an accomplice of extraordinary signs, healings and conversion calls. And since 1904, his small oratory dedicated to Saint Joseph has gathered crowds and became a vast shrine of pilgrimages of international influence considered the world center of devotion to Saint Joseph. Many people from the greater Montreal area and elsewhere come to celebrate their faith, express their needs, seek advice, and take stock of their spiritual journey.

Saint Joseph’s Oratory of Mount Royal is still a work of Holy Cross. The theme of the Year of Saint Joseph proposed by the Church is therefore part of our pastoral mission as religious of Holy Cross. Its themes are centered on access to Jesus, the human figure of God, within the life of each person. Then on the family as a place of life, education, love, spirituality, even on marriage and the transmission of life. Finally, on work. With Joseph as witness, model and intercessor, the man of faith, the husband, the father, the worker, the one who leads to Jesus through the various experiences of life. A great pastoral program! Let us know how to give all the importance we need to the Year of Saint Joseph.

Mary welcomed the message of the Archangel Gabriel in faith and hope. She participated with the Jewish people in waiting for the Messiah.

For centuries, the prophets had been announcing the coming of the Savior. Mary opens her heart to the Lord, saying that everything happens according to your Word. She surrenders herself to the will of God so that the plan of salvation may be realized. She accepts to be the mother of the beloved Son of the Father.