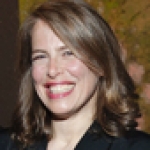 Curator of the Museum and Artistic Heritage of Saint Joseph's Oratory of Mount Royal.

The team at the Saint Joseph’s Oratory of Mount Royal Museum was happy to reconnect with visitors on Sunday, May 28, on the occasion of Montreal Museums Day.

Its reopening (after an interruption of nine months, which allowed the completion of preparatory work for the major sanctuary development project), is accompanied by the launch of two new exhibitions. The first, Saint Joseph Likes Montreal, a temporary exhibition, is organized specially in honour of the 375th anniversary of the founding of the city. The second exhibition, A World in a Crèche, is part of the tradition established for several decades by the Oratory Museum, which permanently presents a selection of crèches from its collections.

Saint Joseph Likes Montreal offers nearly 150 works of art, objects, books and documents related to Saint Joseph. The exhibition focuses on three major themes that allow visitors to get to know Saint Joseph better, to follow the evolution of his cult, and finally to discover the intimate ties between Saint Joseph and Montreal. Several remarkable pieces from the collections of the Oratory Museum are on display: a very beautiful sculpture of Saint Joseph and the Child by Sylvia Daoust (1902-2004), an impressive painting by Napoléon Bourassa (1827- 1916) illustrating the death of Saint Joseph and, finally, three magnificent stained-glass windows by Guido Nincheri (1885-1973) recently acquired by the Oratory thanks to a gift from the Religious of Saint-Vincent-de-Paul in Quebec.

The exhibition A World in a Crèche brings together close to a hundred representations of the Nativity, from as many countries. The crèches, each more beautiful than the last, are grouped by continents, allowing visitors to take an original tour of the world thanks to the universal theme of birth; here that of the infant Jesus. An exhibition that will please both young and old!

Advent: A time to draw closer to God, to renew our hope.

Faced with the difficulties of life and the tragic situations of our world, we sometimes doubt the presence of God and his love in our daily lives. Our hope is then put to the test.

The season of Advent reminds us that God is always at work in our lives and wants to be close to us as he was in the life of Saint Joseph. Saint Teresa of Avila used to say to those who are looking for a way to God: “All they have to do is take Saint Joseph as their guide and they will not go astray. Brother André, for his part, kept repeating to all those who approached him: “Go to Joseph, he will know how to listen to you, he will know how to help you.” This is why we propose that for this Advent 2022 we take Saint Joseph as our guide to live this time of preparation for Christmas. May his journey of faith inspire yours!

Advent: God’s Attention to the Tensions of Humanity.

Advent 2022, a beautiful opportunity to feel and live, at the very heart of the turbulence of our time, the attention and the particular solicitude of God for each one, for humanity as a whole and for all creation.

To feel and live this exceptional experience of the attention of God for whom we count beyond our own understanding, I invite us to refer to the adventure of Zacchaeus in Luke 19, 1-10

A roof for Saint Joseph