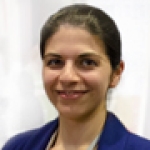 The Oratory Museum is proud to take part in the exhibition Italian Montréal at the Pointe-à-Callière Museum in Montreal. Eleven works from our collection, by artists of Italian origin established in Quebec such as Joseph Guardo, Guido Nincheri, T. Carli and E. Dini & Cie are presented. Here is a glimpse of what you can see between now and January 9, 2022.

The Italians in Canada

The first Italians to come to the Americas were the great explorers of the 15th century. Apart from a few demobilized soldiers in the country, Italian immigration was almost non-existent before the unification of modern Italy, which ended around 1870. This troubled period led many Italians to seek work on the new continent, but their journey was temporary. Starting in the 20th century, a greater number of workers chose to settle with their families in the province of Québec.1

These immigrants generally had expertise in manual trades. In the arts, the presence of Italians helped to fill a labour shortage due to the expansion of parishes in Quebec and the demand for religious statuary. With their unparalleled skills in plasterwork, their expertise ensured the expansion of several family businesses in the country.

In the middle of the 19th century, the Catellis, Baccerini & Co. and T. Carli (Tommaso, commonly called Thomas) were established in Québec. The latter collaborated with and introduced great artists to the profession of statuary such as Charles-Olivier Dauphin, Augustin Buteau, Olindo Graton and even Alfred Laliberté. In the 20th century, Petrucci, Joseph Guardo, Bernardi & Nieri, Barsetti & Frères, etc. also occupied a large part of the market.

Québec museum collections hold many works by these artists of Italian origin. As part of the exhibition Italian Montréal, currently on display at the Pointe-à-Callière Museum in Montréal, eleven works of a religious nature from our collection are on display. To satisfy your curiosity, I present here three works that I particularly appreciate.

Stained Glass Windows to the Glory of Saint Joseph

Born in 1885 in Prato, Italy, Guido Nincheri (1885-1973) graduated from the Florence Academy of Fine Arts in 1910. In 1913, he and his wife went to the Americas for their honeymoon. The war broke out and the couple decided to extend their stay in Boston. As the war continued, they chose Montreal as their home. Guido quickly found work as a draftsman in Henri Perdriau’s studio. It was there that he was introduced to the art of stained glass. He opened his own studio in 1924, a small workshop that was active for over 45 years. Nicknamed the Michelangelo of Montreal, Nincheri also created painted decorations using the buon fresco technique in many churches.

The three large figurative stained glass windows recovered from the former chapel of the Saint-Vincent-de-Paul Scholasticate in Québec City in 2017.

View of the two stained glass windows on display at the Pointe-à-Callière Museum. 2017.34.1-3 © The Oratory Museum

The stained glass windows on loan to Pointe-à-Callière were commissioned from Nincheri for Saint-Vincent-de-Paul church in Quebec City in 1964. When the church closed in 1989 (demolished in 2010), the stained glass windows were installed in the chapel of the Saint-Vincent-de-Paul Scholasticate in Québec City. They were removed and donated to the Oratory Museum in 2017, when the building was sold by the congregation. The artist presents two historical milestones of devotion to Saint Joseph in this country2 and our shrine is identified as the World Center for Devotion to Saint Joseph. The Saint Joseph and Child surrounded by a glory is likely inspired by the statue on the high altar in the Oratory Crypt Church3.

The Pietà, A Meaningful Symbol for the Congregation of the Holy Cross

As mentioned in my last blog, Joseph Guardo (1901-1978) moved to Montreal in the late 1920s. Through Father Elphège-Marie Brassard, CSC, he carried out numerous commissions for the Oratory, the first of which seems to be the altar dedicated to Saint Theresa of the Child Jesus, installed in the Crypt Church since 1940.

The work on loan to Pointe-à-Callière is of a completely different kind. This life-size Pietà was inspired by a drawing by Father Brassard that first appeared in the Notices sur la Congrégation de Sainte-Croix in 1934. For the Marian Congress in Ottawa in June 1947, Guardo was commissioned to create the plaster sculpture. Nearly 117 religious communities were invited to this gathering to glorify the Virgin Mary. The Oratory displayed the patronage of Saint Joseph, the various achievements of the Congregation of the Holy Cross and their great affection for Mary4 , especially Our Lady of Sorrows. The sculpture was then installed at the entrance of the Scholasticate of Our Lady of Holy Cross in Sainte-Geneviève5. When the building was sold, the work was moved to the Oratory.

The illustration of Father Elphège-Marie Brassard, CSC, published in the April 1947 issue of L’Oratoire Magazine, p. 128.

Kiosk of the Congregation of Holy Cross, image taken from the magazine L’Oratoire Magazine of September 1947, p. 268.

I have a great affection for this third work representing Mary as a child. Made of plaster and wood, it refers to the Nativity of the Virgin whose story is not in the Bible. The birth of the Virgin is recounted in the apocryphal gospels written between the 2nd and 4th centuries, specifically in the Protevangel of James. The feast of the Nativity of the Virgin was established on September 8 as early as the 5th century, but it was officially integrated into the Roman calendar in the 7th century.

It was not until the 17th century, according to the idea of Father Jean-Jacques Olier (1608-1657), that an illustration of the Virgin in her cradle was created. Sister Isabella Chiara Fornari (1697-1744), a Franciscan from Todi, Italy, made a wax statue of the child from this image. In 1842, the statue found its way to the Sisters of Charity of Milan6 who were dedicated to caring for the Sick. Miracles and healings followed one another in the community and devotion grew following the construction of a chapel dedicated to the nativity of the Virgin. However, it was the Carmélites-Déchaussées of Laval in France who distributed the plaster version7 of the Santissima Bambina (Most Holy Child) so that the faithful could pray in all the sanctuaries and Marian communities. In Italy and in the south of France, it was customary to offer a small wax statuette of the bambina to newlyweds to ensure the couple’s fertility.

Unfortunately, the provenance of our sculpture is still a mystery. The only information in the file of the work indicates that it was in the Crypt Church in 1922, probably donated by members of the Italian community in Montreal.

As we can see, the contribution of the Italian community is rich in the field of the arts. In addition to their artistic contribution, their presence in the life of the Mount Royal Shrine is active and influences that of other pilgrims. For example, we know that the Italians were the first to initiate the tradition of visiting newlyweds and blessing unions. Do not hesitate to contact the Roland-Gauthier Archives and Documentation Centre to share your stories of healing and pilgrimage or simply to share your family memories of Saint Joseph’s Oratory of Mount Royal. Saluti!

1 A second wave of massive immigration would take place between the 1950s and 1960s. Check out the Library and Archives Canada website for more details on immigration

2 Canada dedicated to Saint Joseph March 19, 1624 and Saint Joseph associated with the canon of the Mass John XXIII November 1962.

4 The Congregation of Holy Cross is dedicated to the Sacred Heart of Jesus, to Saint Joseph and to Our Lady of Sorrows.

5 In 1999, the institution became Cégep Gérald-Godin.

7 Made by the Maison Raffl in Paris, these pieces are nicknamed “cradle thrones” because of the richness of the baroque-inspired decoration. Founded from 1796 by the Florentine Frediani family, the workshop became Maison Raffl after the arrival of Ignaz Raffl, also of Italian origin. In the early 20th century, the company changes its name to The Religious Statue. Its activities cease in the 1950s.