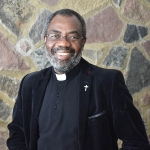 The three children were completely surprised and rather shaken by the apparition in spite of the comfortably soothing atmosphere in which they felt plunged or rather surrounded, because the lady who appeared to them encircled them in the light with which she shone brightly.

And, the first words that the lady spoke to them were, “Don’t be afraid.”

The three children experienced the “breaking in” of God’s presence into our lives, no matter how mundane our daily preoccupations.

At Fatima, the Virgin Mary assured us, through the testimony of these three children, that she is intimately near us. She is here to impart the prescription for well-being as far as God is concerned. And his prescription is thus: always have your heart turned towards God, our Father and Creator, beside whom nothing, absolutely nothing makes sense.
“Do not be afraid…Do not be afraid,” God is right here.

Ash Wednesday is that period of the liturgical year when we undertake, with the meaningful rite of the imposition of Ashes, a renewed experience of Christ’s merciful love. Saint Brother André used to say: “The love that our Lord had in his passion brings to light the love of the good Lord for us. “Let us learn from him, to become bearers of hope and to learn how to “give back” his love to our neighbor, especially to those who suffer and are in difficulty. This is the mission of every disciple of Christ. But in order to fulfill this mission it is necessary to convert, as the evangelist Mark’s exhortation, addressed to us upon receiving the ashes, invites us to do: Convert and Believe in the Gospel.