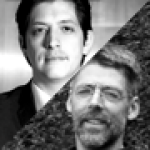 In 1957, Rudolf von Beckerath installed a 44-stop organ in the Trinity Lutheran Church in Cleveland, Ohio. He then made a trip to Montreal, at the invitation of organists Kenneth Gilbert, Raymond Daveluy and Lucienne and Gaston Arel.

This journey shaped the course of the future, leading to the installation of three instruments: one at Queen Mary Road United Church in 1959, another at Saint Joseph’s Oratory of Mount Royal in 1960 and the magnificent organ at the Église de l’Immaculée-Conception in 1961. These three major Beckerath instruments spurred a major change in organs in Quebec and throughout North America.

The first correspondence relating to the purchase of the organ for the Basilica at Saint Joseph’s Oratory of Mount Royal dates from February 25, 1958. The letter is from the Oratory authorities to Mr. Rudolf von Beckerath, a German organ builder, informing him that he had been chosen to build the Basilica organ. At that time, the Basilica was still a large building site, though it was nearing completion. The contract was signed on June 23, 1958, with the builder agreeing to deliver the organ 30 months later. All the subsequent letters from both sides regarding the design of the instrument are written in an elaborate, sophisticated French style. As part of this correspondence, Mr Beckerath submitted a sound composition and different sketches of the casing in watercolour, where the dominant colours were various shades of blue and yellow. The Oratory architects did not approve of the initial submitted designs, as there were too many diagonal lines. They asked that the vertical lines be made more dominant. As for the sound composition, the Oratory Organist, Mr Daveluy, asked via the rector if it could be changed to allow a Récit de Tierce to be played.

In 1959, construction could finally begin in the Hamburg workshops, and a few months later, 167 crates were sent by boat to Montreal. The installation of the instrument took eight months. On November 13, 1960, Mr André Marchal, an eminent French organist, gave the inaugural concert.

The Oratory organ quickly achieved great reputation and influence. It was used for concert after concert, and recording after recording. Mr Daveluy, a composer and Oratory Organist for a number of years, was very active in this area. There was also a series of Wednesday evening concerts, The Spiritual Concerts, where famous organists performed.

Description of the instrument

The casing is made of Oregon pine with large panels made of plywood. The internal structure is made of large wooden posts with I-shaped metal cross bars. The instrument is in the “Werkprinzip” tradition. This involves a vertical design with each section being well-defined. The Pedal, with its 32’ montre (stop), is at either side of the instrument. The Great is in the centre with a 16’ montre, and below it is the Bombard, with horizontal pipes. At the top of the casing sits the Swell, sitting behind its unboxed 8’ Principal. The Echo is directly above the console. The Positive is found four metres behind the organist. It is a corbelled design centred around the rail of the organ screen. The organ is monumentally large: 18m tall, 14m wide and weighing almost 40 tonnes! The organ is supplied with wind by two blowers installed in a room underneath the organ gallery.

During the installation of the instrument, the organ builders were unpleasantly surprised to find that absorbent panels were installed on the ceilings of the Basilica. Beckerath was very unhappy and tried his best to continue the work with the new, much drier acoustics. He created a larger 16’ Sub-bass for the pedal division and transferred the original stop into the new organ at l’Immaculée-Conception.

In 1966, major works were undertaken in the Basilica. The internal decoration was completely changed, stone slabs were installed all over the floor and the acoustic panels were removed. After these works, Beat Grenacher and Hellmuth Wolff made some adjustments and balanced the harmonies. The organ casing, which was originally lighter, in a shade of amber honey, about the same colour as the inside of the console, was made darker, with more of a burgundy-red shade.
At this time, Beckerath was also asked to make a few modifications: the addition of a Trumpet to the Swell, a Swell to Positive coupler and two pedal couplers, Great to Pedal and Swell to Pedal, plus two other surprising requests: moving the organ to the left transept, and dividing the Positive casing into two sections! Beckerath refused to carry out these changes.

Restoration and a new musical lease of life

Following a major grant given to the Oratory by the Ministry of Culture, the funds reserved for the organ were handed to the Quebec Religious Heritage Council. Even though the organ only dates back to 1960, it is considered an historic instrument. Preparatory work for the restoration began. The organ builder George Taylor, who had previously worked for Beckerath, was made a consultant. In 2009, his firm, Taylor and Boody of Staunton, Virginia, had successfully restored the great Beckerath organ in Pittsburgh, which was installed in 1963.

Casavant Frères, Juget-Sinclair and Les Orgues Létourneau took part in a rigorous tendering process. The organ restoration contract was awarded to Juget-Sinclair. The restoration began in September 2011, and after over 8,000 hours of work, it was finished in June 2012.

Following this restoration and the arrival of a new Oratory Organist, Vincent Boucher, musical activities sprung up around the instrument. Nowadays, there are more than 50 recitals each year, displaying the talents of 40 of the best organists in the world, and more than 1,000 musicians and choir members perform concertos, symphonies, masses, chamber music, improvisations, tangos and traditional Irish music. In 2019, there was a unique concert where 3,000 audience members experienced 150 electric guitars trying to battle it out with the organ! Children’s theatre, workshops, open days and 6 new recordings with ATMA Classique and XXI allow people to see and hear the Beckerath organ up close. It seems this majestic instrument has an infinite amount of life yet to give, almost 60 years after first being installed.