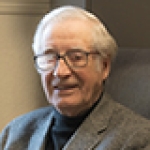 If you go to pray in front of the urn that contains Brother André’s heart, you have behind you one of three scenes representing episodes from his life: his doorkeeper’s quarters at Notre-Dame College, from which he often contemplated the new Oratory; the office where he welcomed so many pilgrims; the hospital room where he died.

Period room 2: Brother André’s office at the Oratory, where he met with and listened to pilgrims and visitors daily.

Of the three, the one that strikes me the most is the second one, and here is why. We see the little brother standing there, his eyes bright and welcoming. He listens attentively to the person who speaks to him. He has received so many pilgrims for over thirty years!

He always lent them an attentive ear, despite his fragile health. It is not surprising then that he sometimes had mood swings. He regretted them bitterly on the spot and for a long time afterwards.

I take his room-mate as a witness. When he returned from his visits to the sick, in the evening, Brother André would often knock on Father Emile Deguire’s door to tell him about his day, his encounters with the sick and to confide in him his sorrows, especially his lack of patience, while a tear would stealthily run down his cheeks…

However, it is always the central period room, facing his heart, that attracts my attention the most. It so faithfully represents the future saint, who still lends us an attentive ear.

At a very young age, I became interested in the Oratory. My teacher, Miss Thérèse Champagne, was a pious and competent person. Her catechism classes, every morning, were always well prepared and well given. She also made us pray.

I remember that every March, we would do the novena to Saint Joseph, using the leaflet illustrated, in the frontispiece, by the large statue of Joseph and the Child in the Crypt Church.

My paternal grandfather lived near the school. I often stopped at his house to have lunch, when the weather was gloomy, and also to read The Oratory magazine. I would then put it on the couch, kneel down and read it from cover to cover.

In the summer of 1947, I went to the Mount Royal shrine with an uncle who was a priest and a cousin. This visit made a great impression on me: I still see the white statue in the Crypt Church, the interior staircase of the small chapel, the only access to Brother André’s room and his heart, at the entrance to the old souvenir store.

The following year, I found myself at Holy Cross Seminary. It was the custom that at each novena in March, the seminarians sang at one or another of the solemn Masses. I still have a group photo of one of these Masses. Ubald Parr, in his late thirties, Father Marcel L’Heureux, our choirmaster, and a good number of seminarians, including Georges Martin and his cousin, the late Yvon.

On the day of my entry into the novitiate, at the beginning of August 1954, my parents came to take me to Pointe-Claire and they insisted on passing by the Oratory first.

All these events were only preparations for my definitive coming to the Shrine. The starting point was in mid-July 1962. I was then appointed to pastoral studies with the Dominicans of Côte Sainte-Catherine, in residence at the Oratory. In January 1963, I was asked to assist Father Georges Saint-Aubin in the editing of the magazine. A few weeks later, Georges entered the hospital to have a kidney removed, and then took a long convalescence and finally left to study in Europe.

On May 1, 1963, I was confirmed as editor-in-chief of “Revue de mon enfance”. I remained so until September 1969. This was followed by two years of studies in social communications and a master’s degree in theology at Saint Paul University in Ottawa.

From the fall of 1983 to the spring of 1984, I experienced the ordeal of illness. After my convalescence and a few more courses with the Dominicans, I was appointed curate at Saint-Laurent parish on May 15, 1985. I remained there until September 1, 1992. Seven years gone! I enjoyed this experience, but as the parish priest, Jean-Marc Chicoine, said to me one day: “If you had not been confronted with illness, it is possible that you would have stayed at the Oratory and never come to the parish.

Yet I have returned to my old loves! For how long? Only God knows. As long as I feel useful there, I will be happy to work there.

But already, it seems to me that I have lived there long enough to deserve the title of the man from the Oratory. Don’t you think so? Unless I am mistaken…

The Roland Gauthier Archives and Documentation Centre has been able to continue a project to describe old photos thanks to a grant from Bibliothèques et Archives nationales du Québec (BAnQ). This year, 1581 photos were added to the 844 photos processed in 2021.

This post presents my research process, some of my discoveries and my favorite.