Search
Contact us
Home / Blog / Faith / A Life to Give 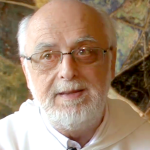 Day 6 of the Novena

A Life to Give

Two of Jesus’ apostles wanted to be seated one at his right hand and one at his left. They wanted to be in first place, the place of honor. We get it. But remember, there were 12 apostles, and the other 10 were up in arms! Squabbles and rivalry did their dirty work of division within the community. That happens even today! Jesus didn’t get all worked up but invited his disciples to use another approach.

The important thing is not to try to dominate but rather to put oneself at the service of others. This was the originality of the community of disciples formed by Jesus. And he himself gave generous example.

Brother André did the same sort of thing. Though popular, he didn’t use his abilities to control or to impose. He didn’t take center stage, but focused on people’s needs. Service as a gift of self was his thing, and he did it with humble generosity. Just so, Saint Joseph’s Oratory of Mount Royal has been and remains an out of the ordinary place where one can learn to serve and to give of oneself.

Saint Joseph, you put your life at the service of Mary and Jesus with courage and constancy, in order to bring to fruition the promises of God. Teach us to be active, faithful and impartial servants, who give of themselves to others.