“I have always left the Oratory in God’s hands… he will do with it what he will.” The 10th anniversary of Brother André’s canonization reminds us that these words pronounced by this humble brother with the heart of an apostle are still full of relevance and promise.

Brother André, as we know, carried for a long time the dream of building an oratory to Saint Joseph on Mount Royal. The beginnings were modest: a small niche in a tree. But Brother André is not alone. He puts all his confidence in his friend Saint Joseph. And for years now, thousands of people have benefited from his attention. Many of them have been healed, comforted. He has made them discover Saint Joseph and above all this love of a God who is very close to them at the heart of their lives, of their very sufferings. Many of them became friends and faithful collaborators.

Soon the project of Saint Joseph’s Oratory took on impressive proportions. When Brother André spoke to us about the buildings,” confided a great friend of his, “he said: ‘Saint Joseph is very good, with small gifts we were able to do all these things. Brother André did not seem to realize the importance of his role in this project. It was always the others: his friends, St. Joseph, God.

As for him, he tirelessly welcomed people in their trials, comforted them, and entrusted them to the good care of St. Joseph. Only one thing preoccupies him: to do God’s will, to share his love. Meanwhile, the Oratory’s project is growing.

Brother André shared his secret with anyone who wanted to hear it: to place his trust in St. Joseph, to join with all people of good will, and above all, to seek to do God’s will. By faith and prayer, by the solidarity he developed around him, Brother André demonstrated that the most daring dreams could come true. And his dream continues.

Brother André is more alive than ever. He keeps his promise: “When I am in Heaven I will be able to help you even more. “As for us, following in Brother André’s footsteps, let’s not hesitate to go to Joseph, to trust him. He will know how to make us discover the love of God in the heart of our miseries. He will come to give all its meaning to our humble daily life. With him we will be allowed to dream that the future is not blocked and that in faith and solidarity the impossible is possible. 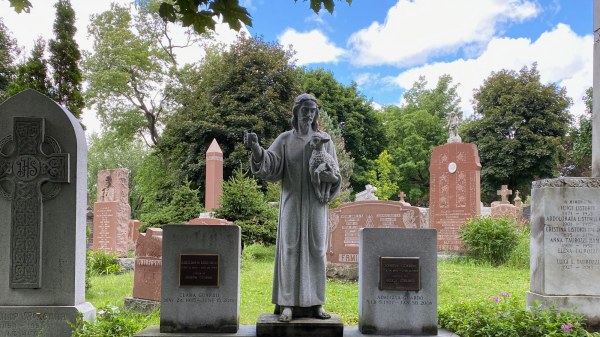 That’s it, fall is already well established. Due to the closing of the museums, I invite you in this blog to discover our heritage in a completely different way. Let’s get outside the walls of the Oratory and discover a place out of the ordinary in the great outdoors. 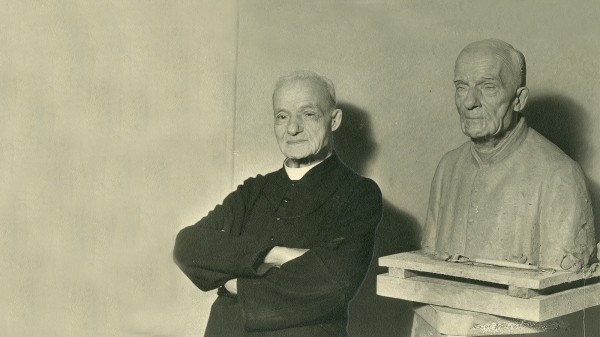 At the Service of the Archives of Saint Brother André

I have been employed at Saint Joseph’s Oratory of Mount Royal for a little over five years. I was not at the Oratory at the time of Brother André’s canonization. I wasn’t even in Montreal. Although I remember where I was and what I was doing in October 2010, to tell the truth, I knew very little about the man Pope Benedict XVI had just canonized. 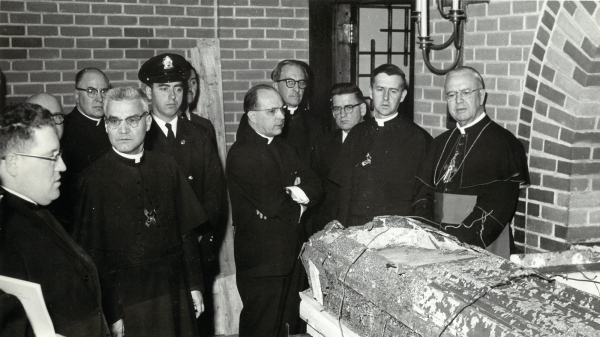 Since October 17, 2010, Brother André has been recognized as a Saint by the Catholic Church, 73 years after his death. This recognition is the fruit of a long work accomplished by what was then the Office for the Cause of Brother André. Since my arrival at the Oratory in 2017, I have processed the archives of this office. This blog post presents the process that led to Brother André’s canonization.